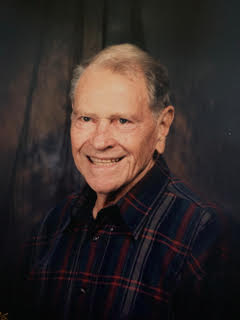 given by Mary Erlanger

Michael was born on April 8, 1915 in New York City, son of Milton and Alene Stern Erlanger. He attended the University of North Carolina and Ohio State University. Upon graduating, he went to work for BVD Corporation, the business founded by his grandfather and great-uncle, Charles and Abe Erlanger. He went on to volunteer for the National Guard and later transferred into the U.S. Army Air Force, which he served with the 8th Air Force in England during World War II. After his service, he returned to serve as president of BVD and later as a chairman of the board for Erlanger Mills, Inc. He presided over the sale of the business in 1970 and retired in 1971. During the 1960s, Michael wrote two novels, “Silence in Heaven,” a science fiction work, and “Mindy Lindy May Surprise,” a novel about quarter-horse racing (he had a lifelong interest in horses and riding). He also studied drawing, painting, and sculpting. He and his wife were avid art patrons and collectors. Upon moving to Athens in 1980, Michael found numerous outlets to fulfill his interests in art. He served as a director of the Georgia Museum of Art since 1981, was a member of the board of the Friends of the GMOA, and was a strong supporter of theatre, dance, and music programs at the University of Georgia and Athens community.

Michael passed away on February 21, 2002 at his home in Athens, Georgia. His life included many various careers as a textile manufacturer, novelist, poet, and patron of the arts. He and his wife of 53 years, Mary A. Erlanger, were supporters of JRF for many years. Michael brought much merriment to an annual Epting High Hat Tea one year where he purchased a grand red hat for Mary which was auctioned to benefit the Foundation. Over the years, Michael served as an Advisor to the Foundation and lent his expertise to the Foundation’s Investment Committee. He was a long-time and beloved friend of the Jeannette Rankin Foundation and is remembered through the Erlanger Memorial Fund which was endowed in his memory by his wife, Mary.