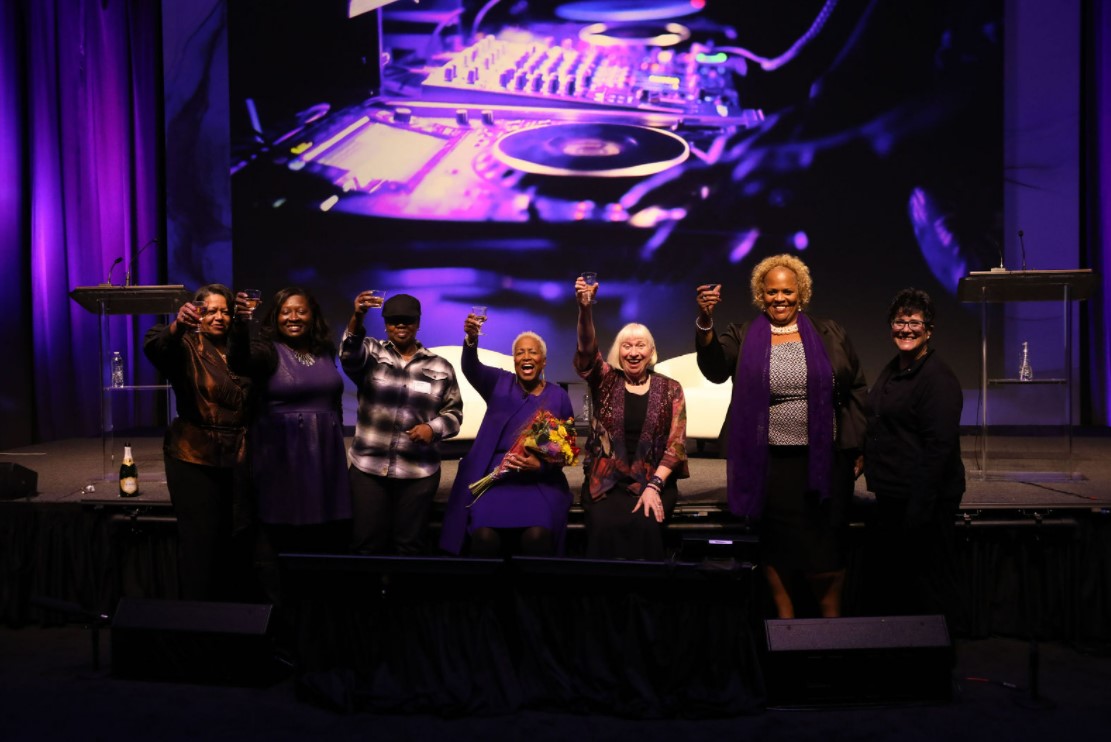 CLICK HERE, then on DONATE, to support DOLLARS for SCHOLARS

You Can Transform a Scholar into a STAR

You are a critical part of the Rankin Foundation Team.  We do our work with YOU.  Every November, you have the opportunity to share your time, talent, and treasure with Rankin Scholars via the STAR Party.

The STAR Party is our annual fundraiser raising important Dollars for Scholars and celebrating women who are a bright light in the Scholar and Alum community.

You can join the celebration and support JRF Scholars at the upcoming STAR Party.

We honor these bright stars in our JRF community.

In 2022, Monica Kaufman Pearson returned as our riveting Star Party emcee. Monica is a trailblazer for women in journalism. She was the first woman and the first minority to anchor the daily evening news for WSB-TV, Atlanta’s ABC affiliate. Monica has made a major impact on the Atlanta community through her unique gifts and talents, and she was our 2020 Star Party honoree.

Johnnetta Betsch Cole is a noted anthropologist, educator, author, speaker and
consultant on inclusion, diversity, equity and accessibility in educational
institutions, museums, corporations and other workplaces. After receiving a
Ph.D. in anthropology, Dr. Cole held teaching positions in anthropology, women’s
studies, and African American studies at several colleges and universities.
Dr. Cole served as President of both historically Black colleges for women in the
United States, Spelman College and Bennett College, a distinction she alone
holds. She also served as the Director of the Smithsonian National Museum of
African Art, as a Principal Consultant at Cook Ross, and as a Senior Consulting
Fellow at the Andrew W. Mellon Foundation.

Continuing her long involvement in community service, in 2004 Cole was the first
African American to serve as the Chair of the Board of United Way of America.
She recently served in the voluntary position of Chair of the Board and Seventh
President of the National Council of Negro Women. She is an emerita member
of the board of the Dr. Maya Angelou Foundation. Currently she serves on the
board of the A. L. Lewis Museum on Historic American Beach in Fernandina
Beach, Florida.

Johnnetta Betsch Cole has authored, co-authored and edited several books and
numerous articles for scholarly and general audiences. Her latest publications
are Racism in American Public Life: A Call To Action (2021) and African
Proverbs for All Ages (2021). Dr. Cole has received numerous awards, and is
the recipient of 70 honorary degrees. Throughout her career and in her
published work, speeches, and community service, Johnnetta Betsch Cole
consistently addresses issues of racism, sexism, and all other systems of
inequality. She is a mentor to people of different identities and cultures.

Margaret Hall graduated from Arizona State University with her Master’s Degree on May 12th this year. She was honored to be asked to speak at the graduation ceremony.  Margaret is an inspiration, receiving three degrees (AA, BA, MA) in five years.  It was a bittersweet moment for her as she lost her 18-year-old son in a rollover car crash on Feb 15th.  She was devastated but persevered. She graduated Summa Cum Laude with a 3.9 GPA. Thank You to the foundation for believing in me…. your investment in me change my life and the lives of my family. Six years ago I was sitting in federal prison and on May 12th I will be standing in the palace.

In 2021, we came together virtually and raised an impressive $110,000 for Scholar Grants. Thanks to the work of our incredible team, the event was awarded the 2021 Allie Award Best Virtual or Hybrid Event.

We honor these bright stars in our JRF community.

In 2021, Monica Kaufman Pearson returned as our riveting Star Party emcee. Monica is a trailblazer for women in journalism. She was the first woman and the first minority to anchor the daily evening news for WSB-TV, Atlanta’s ABC affiliate. Monica has made a major impact on the Atlanta community through her unique gifts and talents, and she was our 2020 Star Party honoree.

Lucille O’Neal is an American doctor, author, spokesperson, socialite and the president of the Mothers of Professional Basketball Players Association. O’Neal was born in Dublin, Georgia, and spent her childhood and early adulthood in the Central Ward of Newark, New Jersey. She has fourteen grandchildren and four children, former NBA center Shaquille (a.k.a. Shaq), Lateefah, Jamal and Ayesha.

“Commissioner Khadijah” is a business owner and community advocate, who was elected overwhelmingly by the people of Southwest Atlanta and the communities in South Fulton County in November 2020. She secured the seat after a record-setting victory in the June 2020 Democratic Primary, winning by 16 points. Khadijha also made history by becoming the first Muslim woman elected in Georgia. Khadijah is a JRF Scholar and a shining example of how education empowers women to do great things.