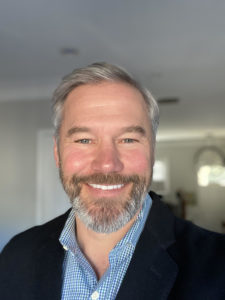 Kevin is an Estate Manager for a private family in Atlanta. He grew up in Northern Michigan and graduated from the University of North Carolina at Charlotte with a degree in Communication Studies/Public Relations. Kevin moved to Atlanta in August of 2000.

In May 2018, Kevin had an Uber ride that forever changed his life. It’s a ride that ultimately led him to the Jeannette Rankin Foundation. He was picked up by Latonya Young, a 43-year-old mother of three with a desire to go back to school to get her college degree. Kevin and Latonya kept in touch, and Kevin convinced Latonya to go back to school. Latonya was not able to register because of a past due balance on her account. Unbeknownst to Latonya, Kevin took care of the balance. A year and a half later, Kevin watched Latonya earn her associate’s degree at Georgia State University-Perimeter College. The local media picked up on the story, and it went viral around the world. And January 13, 2020, Latonya and Kevin were on stage at the Ellen Degeneres Show sharing their story with Ellen.