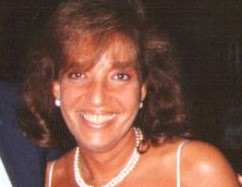 given by Elissa Perry

Elayne was an intellectually curious, lifelong learner and single mother of three daughters. Her daughters are Elissa, Shira, and Arielle. Elayne was the daughter of Al Levin and Jesse Levin. Her mother was a teacher who received a college degree at a time when relatively fewer women did so. Elayne was raised, and in turn raised her own children, to greatly value education and the opportunities and economic freedom that it brought. Elayne put her own three daughters through college and encouraged them to pursue post graduate education. Additionally, when she passed away in 2003, money from the sale of her home was put into college funds for each of her grandchildren.

Her daughter, Elissa, endowed the Elayne L. Perry Fund in memory of her strong and independent mother. Dr. Elissa Perry has volunteered her time and energy to the Jeannette Rankin Foundation as a JRF Application Reader as well as funding additional Scholar Grants to help JRF provide more aid to women in need. She believes that her mother would be gratified to know that her strong belief in the importance of education would leave a lasting legacy for members of her own family as well as women most in need of such assistance.